At 8:00 am, we were already at
Jyuji-kyo, the start point of the walk. It was a beautiful Autumn
morning, without any clouds in the sky. Since we arrived there
earlier than we had expected, and the weather was so good, we
decided to climb Naka-no-dake on the first day, doing the reverse
trip of the original plan. It lengthens the first day's walk a
bit, but makes the second day easier. The first two hours were
very steep climbing up with rocks and chains here and there, and
soon we got very hot and started to appreciate the chilly breeze.
Where we had started climbing, leaves hadn't changed colour yet,
but the higher we climbed up, our surroundings became more and
more like autumn. After the second station, the colour of the
leaves got so bright, they seemed like flowers.
We arrived at Hinata-yama in sunlight
after a tough, steep climb up. It was a gentle peak with a small
hut for rainfall measurement on the top. Naka-no-dake from here
appeared very big, and we saw snowfields in the valley below.
The view was good, but more than that, we were hungry, so we soon
left the peak to find somewhere nice to have lunch.
Sho-ga-bata, the place just after
the Hinata-yama peak was a mixture of grassland and marsh. There
were some ponds which reflected the blue sky, and a dragonfly
was giving birth at one of the ponds. According to a guidebook,
there are the remains of a mine here, but we couldn't find any
sign of mining. At a nice sunlit open place, we decided to have
a lunch break. As it was covered with brown long grass, we felt
as if we were sitting on some animal's back. Naturally enough,
after we had lunch, all of us were getting sleepy, and we couldn't
resist having a nap under the sun. What Terry said when I interrupted
his sleep to start walking again represented what we all felt.
Yes, it was like heaven having a nap there!
From here to Naka-no-dake, the
trail was through bamboo grass, and, again, it was steep climbing
up. We just continued the repeat of stepping up, taking a breath,
looking back at the scenery, and stepping up again. Terry, who
was so fit that he didn't need to do this, decided to go ahead
to find and keep places for us in the emergency hut. The rest
of us did, I don't know how many times, this repeat. Suddenly,
we arrived at Ikenodan, where the trail meets with the main ridge.
It was a nice surprise. Opposite to the sunny shining slope, we
now saw soft pink mountains on the other side of the ridge. Unfortunately,
it was bit hazy to take good pictures of the mountains, so we
expressed our joy with taking each other's photo, and went off
to the emergency hut via Naka-no-dake. You will see the pictures
of us imitating Les, who was drinking water from a Pocari Sweat
bottle in front of the beautiful mountains as if in an advertisement.
All of us were woken up at 3:30
am Sunday morning when one party started cooking. Terry and myself
managed to sleep again, but Leszek and Les had an unhappy time
in their sleeping bags amongst all the noise. Outside of the hut,
the morning glow was beautiful for a short moment, but the sun
didn't appear as the sky was thinly covered with clouds.

We started walking in this cloudy, chilly morning after a relaxed
breakfast. It was a pleasurable ridge walk, although the view
of autumn colours in the middle of the mountain was not so bright
from here, and it was such a pity for our photographer, Leszek,
that there wasn't enough sunshine for photography.
We enjoyed the changing scenery
along the ridge, the mountains becoming more gentle, covered with
bamboo grass, the further we got from Naka-no-dake. The view of
Naka-no-dake was impressive. It was attended by the two other
Echigo-sanzan peaks on the either side. Their rocky peaks were
made a good contrast with the gentle grassland-like ridge we were
on. Shortly after we had passed Usagi-dake, Leszek did a big sneeze.
He had been telling us that he had an allergy to sunshine, so
he sneezed every morning when he saw sunlight. It was true! Just
after we heard his sneeze, the sunshine came through the clouds
and started lighting the mountains.

From around Ominakami-yama towards Tango-dake, and further south,
the ridge was so well covered with bamboo grass, it looked like
as if it was covered with a thick green carpet. I loved this scenery
so much. I was very sad when we had to say goodbye to this ridge.
Actually, it was my most favourite place of this trip. The path
we went on was again as relentlessly steep down as the one we
had climbed up, only this path was not so slippery and rocky compared
to the former. We went down through bamboo grass, winter woods,
fully autumnal woods, and green woods. Poor Les got stomach sickness,
but he made it in the end.
The last nice surprise came when
we arrived at the exit of mountain trail. From here we were supposed
to follow a boring road for forestry. However, the reality was
somewhat different. It was a road beside a picturesque gorge.
We could look down the clear stream through the rocky valley,
and almost every time we turned the corner, we met a new waterfall.
Leszek said he would have taken most of the pictures along this
road if the sunlight were enough at that time. Also, the surrounding
trees hadn't changed colour yet, he seriously started thinking
to come back here next week.
As usual, we finished this trip
by dipping ourselves in an onsen.
It was a relaxing, enjoyable trip
for me. Thanks for the company of all the participants. Thanks
Leszek for the nice tea and coffee. Thanks Les for your jokes,
and thank you very much Terry for driving. 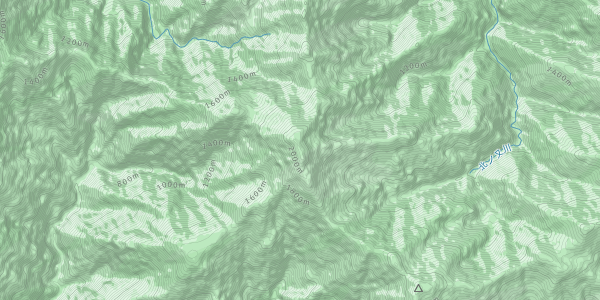