Dear all,
Here is my report of the Yatsugatake trip, September 22-24. The report is very long, but then it was a long and memorable walk: The first thing to happen on this walk was to be expected: The meeting time was 5 a.m., and Les C. turned up at 5:30. So off we went (Chisa, Tadashi, Les C., Les Z., Albert and me) in Tadashis van. The traffic jam in Tokyo was not much more than usual and we still thought we would catch the 10:25 bus from Chino to Mugikusa-toge, the starting point of the walk. The problem was the traffic jam on the Chuo highway ­ it was a bank holiday weekend. Anyway, we arrived in Chino just in time to see the bus leave, so we decided to drive up to Mugikusa-toge and arrived there 10 minutes before the bus.
The weather had been mixed in Tsukuba, and there were even a few drops of rain when we were on the Chuo highway. This changed dramatically once we passed the Sasago tunnel and the sky was perfectly clear.
The first day's walking took us first through a forest toward Shirakama lake. This Saturday was the first cold day of the year, and we could see steam rising from the lake being blown away by a gentle breeze. A truly beautiful scene, and even without the tourist masses one might have expected at this easily accessible
place. A nearby hut was selling thermometers, and they agreed on a temperature of 7-8 °C. It was noon and we were already at about 2100 m altitude, the sun was warming our skins and the cool weather made for very pleasant walking. We went up to a mountain called Niyu, written in katakana. Chisa enlightened us that this means "breast" in Japanese and during our lunch break there, while taking in the first view of the day, we pondered on the reasons why this mountain was called "breast" and why it would be written in katakana. We found no logical explanation. This was also the point when we had the first claim of someone
seeing the pointed peak of Yarigatake through the remaining clouds to our west.

The rest of the day´s walk was along a mostly gently sloped ridge, passing Nakayama and crossing Higashi-tengudake and Neishidake, and as it became later in the afternoon the clouds to the west lowered and revealed the North Alps, with Yarigatake.
We were supposed to spend the night at Neishidake-sansou and arrived there at about 5, but they knew nothing of our reservation and were quite unfriendly. So after a bit of swearing at Paul (who had "remotely" organised the walk) we decided to walk on to Oren-goya, where Les Z. wanted to camp. This was probably
the best decision we took on that walk. The people in this hut were not only VERY friendly, they also served us with the best dinner any of us ever had in a mountain hut. We had horsemeat sukiyaki (a local speciality) with grasshopper and locally picked mushrooms, and of course a beer to go with this. To round up the
dinner we were invited to a glass of Sake by the hut's owner.
The next pleasant surprise was clean toilets and a VERY hot bath, fired by wood! The hut's owner told us that they will even get flushing toilets in a couple of days. This place certainly would deserve the title "Best Hut of the Year 2001", if we had such a competition.
The night was pleasant, the futons warm and I even managed to make Tadashi stop snoring by violently pulling on his futon. We had the room almost to ourselves and got a good night sleep ­we would need it. Les Z. was not so fortunate in his tent, the temperatures dropped to ­10°C that night, but he was well equipped.

The next morning we left at 7:30 and followed the ridge over Iwodake and Yokodake to Akadake, the highest peak of the Yatsugatake range. The views were even more spectacular than the day before, there were no clouds in sight and we could see the North and South Alps as well as Fuji-san. The view of Fuji-san was the best I ever saw, perfectly symmetrical right down to the base, with the top covered by snow. On our way we could observe the snow melting on the south face. The walk started to be interesting around Yokodake
where there were quite a few chains to grab.

After a long lunch break on Akadake and more breathtaking views we set out for the descent to Kiretto hut (I am tempted to use the German transcription of the katakana ­ Klett, but I have no idea what that may mean), and this must have been the part which earned the walk a 5-star rating. I would not have wanted to climb down there in bad weather.

We needed 90 minutes for 70 minutes map time, and Les Z. stayed at the campsite there and met us at Gongendake-goya early the next morning. It was another 70-80 minutes to Gongendake-goya hut, and the rest of us made it there well before a beautiful sunset. The hut was friendly, but cramped and also somewhat sloped, it was quite difficult to sit at the dinner table. We had curry rice, most of us with a second serving, Les C. with 2 seconds. We slept ­ or rather tried to sleep - on half a futon each, and I believe Les Z. had the more comfortable night in his tent. Les met us at around 7 and we were off for an easy 4.5 hour walk on the last
day. There were a few more chains on the way to Seinen-goya, but the difficult part was behind us now. We passed a field of boulders on the way up to Amigasayama, which were apparently designed for Western leg-lengths, and Chisa was jumping from rock to rock were most of us could walk. From Amigasayama we rapidly went down to Fujimidaira Green Lodge, with doing one part in about half of map time. We got there by 11:30. This was the intended end-point of the walk, but now we had the problem that our car was at the other side of the Yatsugatake range, so Tadashi and me took a taxi to Kobuchizawa, train to Chino and bus to the car, the others were in for a long, long wait. Les C. took the train back to Tsukuba. Tadashi and me finally
arrived back at the lodge at 5, and we headed down the hill to Spatio Kobuchizawa onsen. The onsen was very nice, with Rotenburo, Sauna and a cold bath with actually cold water.
After dinner (about 7:30) we decided to drive home, anxious of the traffic situation. Indeed we spent 2 hours in a huge pileup on the Chuo, but at least Tokyo itself was free. We made it to Tsukuba shortly after midnight.
The final final thing to say is a big "Thank You" to Paul for organising this trip, even though he could not come himself, and to Tadashi for his van. I can imagine Paul biting his nails when reading the accounts
and seeing the photos of this walk. For myself I have decided that this was the best TWMC walk I was on!
Björn 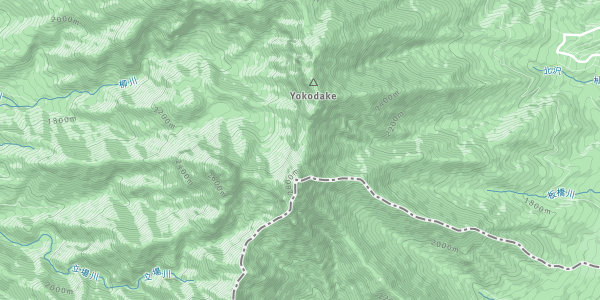