Report by Ginny:
Back to the
Home Page

Thanks to everyone who came on the hike on Sunday. Despite being a large group (19 of us), everything went very smoothly, and we managed to start hiking soon after 9.30 as planned. We had beautiful weather, and were soon greeted with a perfect view of snow-clad Fuji-san - the first for some recent arrivals to Japan. The beginning of the hike was a steep path up to the top, from which we had lovely views. It was pretty crowded, though - we overtook one group of 50 or so hikers on the way up, and met another similarly sized group at the top - everyone was out enjoying the sun! We stopped for a brief rest, and to allow one group to get well ahead of us, but unfortunately we soon caught up with them and were stuck in a "traffic jam" at the first set of chains! This little climb proved just a taster for the follow-up - a narrow ledge followed by another climb with chains over a very steep drop. Everyone seemed to enjoy it, although some found it a little nerve-wracking... A large hiking group was already lunching in a resting area, so we stopped a bit further along the path. What we hadn't realised was that not far away was the spectacular high sheer cliff on top of which was a rocky outcrop perfect for a rest - and so we stopped again to enjoy the views. The route down a lovely wooded path was quite steep and punctuated by the occasional "aaahhh" as people slipped! The hike was over all too quickly and we had plenty of time, but unfortunately all the onsens were too far to walk to, and also could only take a few people at a time, so we ended up walking back to Ootsuki. Whether it was the relaxed mood, the hot sunny weather, the good company, or a combination of everything, some of us couldn't resist buying a beer to drink as we stood around chatting at the station. Since it was still early, some people decided to make the most of the afternoon and got off the train at Shinjuku, while others headed home. All in all it was a very enjoyable day. Thanks again to everyone for coming along. 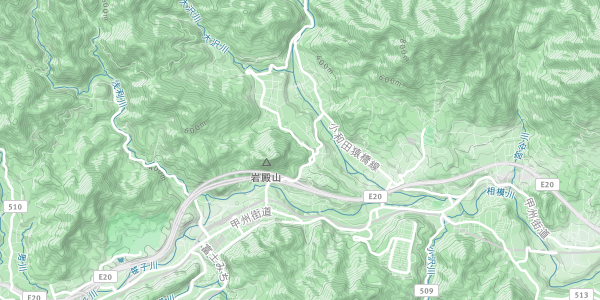