by Iulia Klotz, Photos by Iulia
Klotz
Who decided that Bjoern and I,
we will go to Minami Alps? I am not sure. Might be even myself...
However, we did. I think that the motto of this hike was "the
lucky one"! We started Saturday, at 4:00 am from the "usual
7/11, Tadashi saying that it is too early. We reached Tokyo, Tadashi:
"my gush! It isn't even 5! We will be there too early!"
After missing the road- Bjoern (navigating) was menaced to have
his name turned from "Bjoern 1" into "Paul 2"

Flowers on the way up.
It was not easy, it was quite
steep, it was a lack of condition (I'm speaking for myself!),
it was something that made Victor say "we will reach the
first hut and there we will decide, during lunch break, who want
to go to the top and who to remain at 2250 m." I think that
we must find an honorific title for Victor. Something like "TWMC's
weak hikers angel" or "TWMC's weak hikers motivator".
However, I believe that at least I managed to do - and survive

And neither is this.

We found the map times going down
from the summit overly optimistic. Back at the cars we had to
decide when and how to return to Tsukuba. Tadashi wanted to spend
some time in an onsen, and start late to avoid the possible traffic
jams, Victor wanted to drive straight to Tsukuba, taking a longer
route to avoid Tokyo. Victor won. But the fate... Victor's car
lost its last droplet of break fluid and stopped just behind an
onsen! Since it was Sunday and evening, looking for a gas station
which sales such stuff proved difficult, but the "navigation
error" from the previous day helped. Tadashi and Bjoern this
time found the correct turn to route 20 they missed Saturday and
on the "wrong road" an open gas station which even had
break fluid! Thus Tadashi did not have an onsen, but Victor stopped
near an onsen for about one hour!
After dinner we moved toward Tsukuba.
Did I say that Tadashi didn't miss any occasion to say how lucky
we are? He was right. We were lucky: no traffic jams, clear sky
at the summit, no major injuries excepting sun burns (I do not
count Les's heels), no running out of gas. Moreover Victor's car
got break fluid and Victor got the answer to the "electronic
defect" which caused a red hand-break related light to stay
on. But this one is another story, and Victor is a much better
storyteller...
by Victor Heese
As part of the story has been
told by Iulia, let me tell you the whole story - even though it
is a little embarrassing.
The Story
The place where we parked the cars for the Kita-dake hike this
past weekend is at about 1500 metres. That's a long way to drive
up and a long way to come down. On the way down, it's a steep
and winding road so you need to use your brakes a lot. I was the
last of our 3 cars. As we were just about down to Kofu, after
using the brakes a lot, I noticed that my brake pedal was starting
to get a bit spongy. On a flat road, this might not be too serious
as you can use the hand brake to stop. But, on a downward slope,
it's not a very good thing. I was somewhat worried that we were
going to end up in the trunk of Arifa's car. I frantically flashed
my bright lights at the cars ahead as a signal to stop. For the
longest time, they didn't seem to notice, but finally they noticed
and pulled into the approach of some business. As it turned out,
it was an onsen. Talk about lucky. By the time that we stopped,
my brakes were completely useless and the place where we stopped
was an onsen. We checked the brake lines for leaks and couldn't
find any. We checked the brake fluid reservoir for brake fluid
and couldn't find any of that either.
Let me go back to about a year
ago. I got this car from my brother Jon about a year ago. I noticed
that the brake warning light stayed on even after I disengaged
the hand brake. I asked Jon about it and he told me that it was
an electrical problem - the hand brake sensor was broken. No problem

Back to the
Home Page 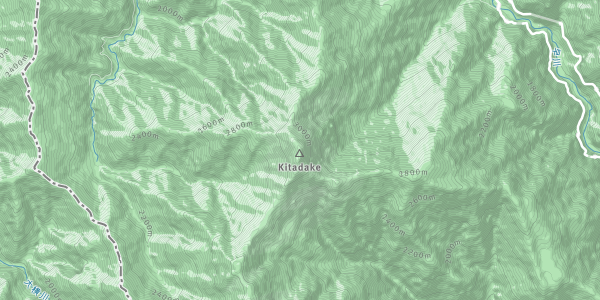