If you want to enjoy snow in a relaxed way, come to the one-day snowshoe hike in Senjogahara (戦場ヶ原) on Saturday 3rd February.
Senjogahara is a wetland located in Nikko area, the course is flat yet surrounded by nice mountains.

The hike at a beginners’ level on a flat course, but we might change the course if participants are more experienced.
The expected course time is 4~5 hours. The difficulty level is 2 of 5.
Departure time is 6:30 am.
Rental snowshoes are available, also gaiters if you need.

*Please send an email with your information no later than January 29th (Monday) if you want to join.

1) Your name
2) Can you bring your car with snow tires?
3) Your phone number
4) Do you need rental snowshoes?

*We recommend you to buy insurance before hiking.
Mont-bell provides short-term insurance. (see, https://hoken.montbell.jp/aboutdomestic/activity.php )
It costs only 250 yen for one day hike! Unfortunately, no English on the website, but TWMC members can help.

Hope to see you in the snow on Saturday February 3rd.

Report of the Nikko - Senjogahara snowshoe hike on February 3rd 2018

Nine people met at 6:30 am at the parking lot of the Tsukuba bus terminal on a pretty cold Saturday morning. We set off in two cars and after a short break at the Hanyu rest stop we arrived at around 9:30 Sanbonmatsu Gaya to pick up the rental snow shoes.
We took the cars again for the short distance to the parking lot of Akanuma at the head of the trail and after putting our gear, we started walking at around 10:15.

The scenery was gorgeous, everything covered in snow, we saw many traces of animals in the snow, but had no ‘real’ encounters. In spite of some of the group walking with snow shoes for the first time, the pace was quite high and at 11:30 we decided to have lunch at a picnic spot.

We continued our way to the Yutaki falls where we had a good view of the majestic waterfall. Then we climbed up the steep slope to lake Yunoko which was covered with ice and snow. Going down this slope was quite a challenge. On the hiking map it says ‘Steep Stairs!’, so imagine steeps stairs covered with snow. It looked more like a zigzag slide and some people tried to slide down on their bums, which seemed easier than walk down with snow shoes.

We traced back our steps till the picnic benches, had a short break and took a different trail passing along the Odashirogahara Plateau. As some guys set the pace, we walked fast and without any break till we reached the Akanuma parking at around 15:30.

The snowshoe drop-off was quick which gave enough time to go to the onsen in the Nikko Astraea Hotel (it closes at 16:30 for non-guests). The good thing was that they accepted that one of our group had tattoos and could still enter the onsen.

We left the hotel at 17:00, had dinner at the Hanyu rest area and arrived in Tsukuba center at around 20:30.
The roads were cleaned of snow all the way up and down, also on the Irohazaka.

The weather was good, not too cold and later in the day the sun came out and we had beautiful blue skies over the snowy landscape.

Thank you everyone for your company and good spirits and special thanks to Kotaro and Toshi for driving and even more to Kotaro for helping me to organise this hike. 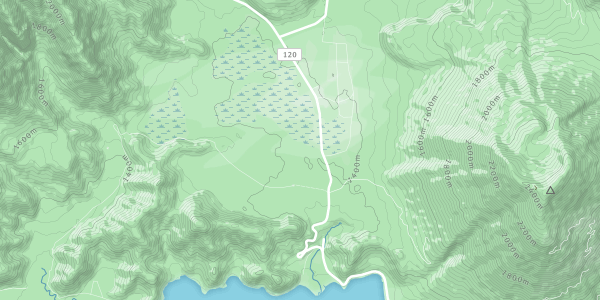