The Kaba-san hike has been postponed until November 30th because of the rainy weather.

Please sign up again if you want to participate.

Details of the hike

It will be a relatively easy walk of approximately 4 hours duration, but the path will be rather steep in places. Depending on the number of cars, we either walk back from the Tobacco shrine to Amabiki Kannon (about one hour walk) or leave a car at the Tobacco shrine .

Car based trip (Amabiki Kannon - Kaba-san - Tobacco shrine)
We start our walk from Rakuhouji Temple, about 2 km north of Kaba-san. The temple, also known as Amabiki Kannon, is regarded as one of the most beautiful temples of the Bandou pilgrimage. The walk will follow a largely well maintained path along the ridge from above Rakuhouji Temple, taking a short detour to the summit of Amabiki-san, go as far as the spectacular craggy peak and shrines of Kaba-san (709 meters), then descend to more shrines at the bottom along the route used by worshipers. One of the shrines is the Tobacco Shrine, featuring the largest pipe in Japan!

For more detailed information about the mountain https://tokyotravelog.wordpress.com/2012/11/23/for-mountain-bikers-and-spiritual-climbers-post-kaba-san-in-ibaraki/

The hike was originally set for November 24th, but was postponed because of the rain. Still 15 people joined. It was a gorgeous sunny day, so the decision to postpone turned out well.

Four cars (two people had cancelled at the last minute) left the Tsukuba center parking lot at 8:10. We met after about one hour at the lower parking lot of Amabiki Kannon temple. The drivers immediately went to the Kaba san shrine car park, the endpoint of the hike, to leave three cars. In the meantime, the other participants visited Amabiki Kannon.

We started hiking at 9:50. The trail to the T-junction is a bit steep, a good warming up. We turned left to go to the peak of Amabiki san from where we could vaguely see Fuji san (also visible from Amabiki Kannon). We returned to the junction to go right to Kaba san.

As I mentioned in the announcement there are rather steep parts in this hike, but they were much steeper and longer than I remembered. It would have been very muddy and slippery to do it after rain, so keep that in mind if you decide to climb this mountain.

During the climb we had to give way to quite a number of runners who were heading to Tsubakuro san, the peak before Kaba san and when we were still on our way up, they already were coming down. Amazing!

We had lunch at Tsubakuro san at 12:30 and continued the hike after about 30 minutes.

It took some time to go up to Kaba san and the little tobacco shrine at the top, because one hiker didn’t feel well and had to take a rest from time to time. But he still made it all the way!

We had expected to see the big pipe of the tobacco shrine in one of the buildings at the foot of the mountain, but we were not able to find it. We arrived at the parking lot a bit before 4 pm. One car went back to the Amabiki Kannon parking lot to pick up the fourth car and the two others headed back to Tsukuba already. The last car arrived in Tsukuba at around 5:00 pm.

Thank you to all the participants and especially to the drivers for your company and support! Please share your pictures. 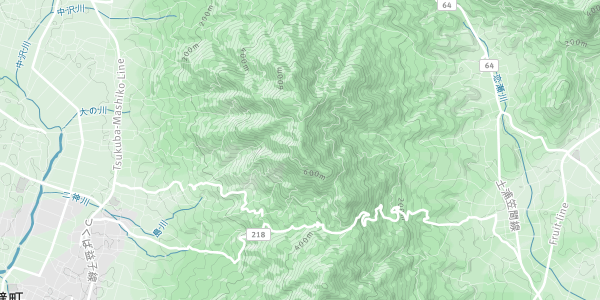